How to set up which jumpers are shown in SkyWish, depending on a selection in SkyWin

If SkyWish is setup on a different (second) computer, it can be used by jumpers to manifest them selves. The jumpers is then visible in SkyWin®, letting the manifestor assign them to adequate load(s).

A common approach is to only show jumpers that have enough money on their account and have a valid license.


Choose, or create, a Selection to use for SkyWish in SkyWin | Register | Selection....
A new Selection can be created by copying another and then making changes. The Selections are defined by regular SQL and requires knowledge of how the database is structured.
If required, you can get help with the SQL definitions by sending a mail to us and specifying in detail how the Selection should be used. 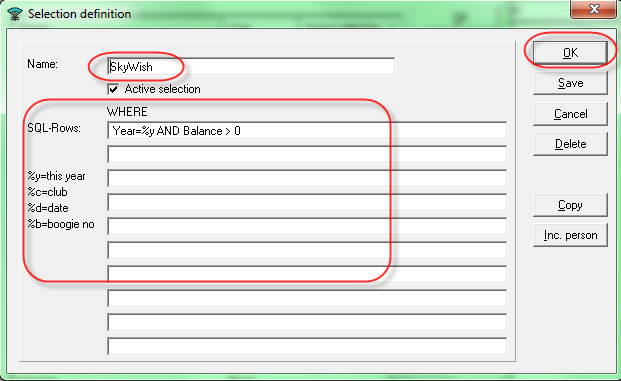 An example of a SQL definition for "Jumpers with active license and account balance > 0":

Make use of the Selection for SkyWish by changing in SkyWin | File | Options... | Manifest | Selection for Wishlist in SkyWish.
Restart SkyWish to accept the new settings. 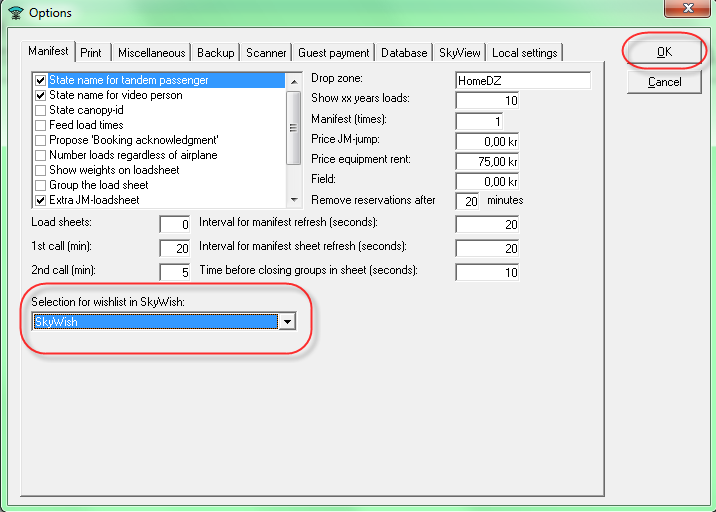